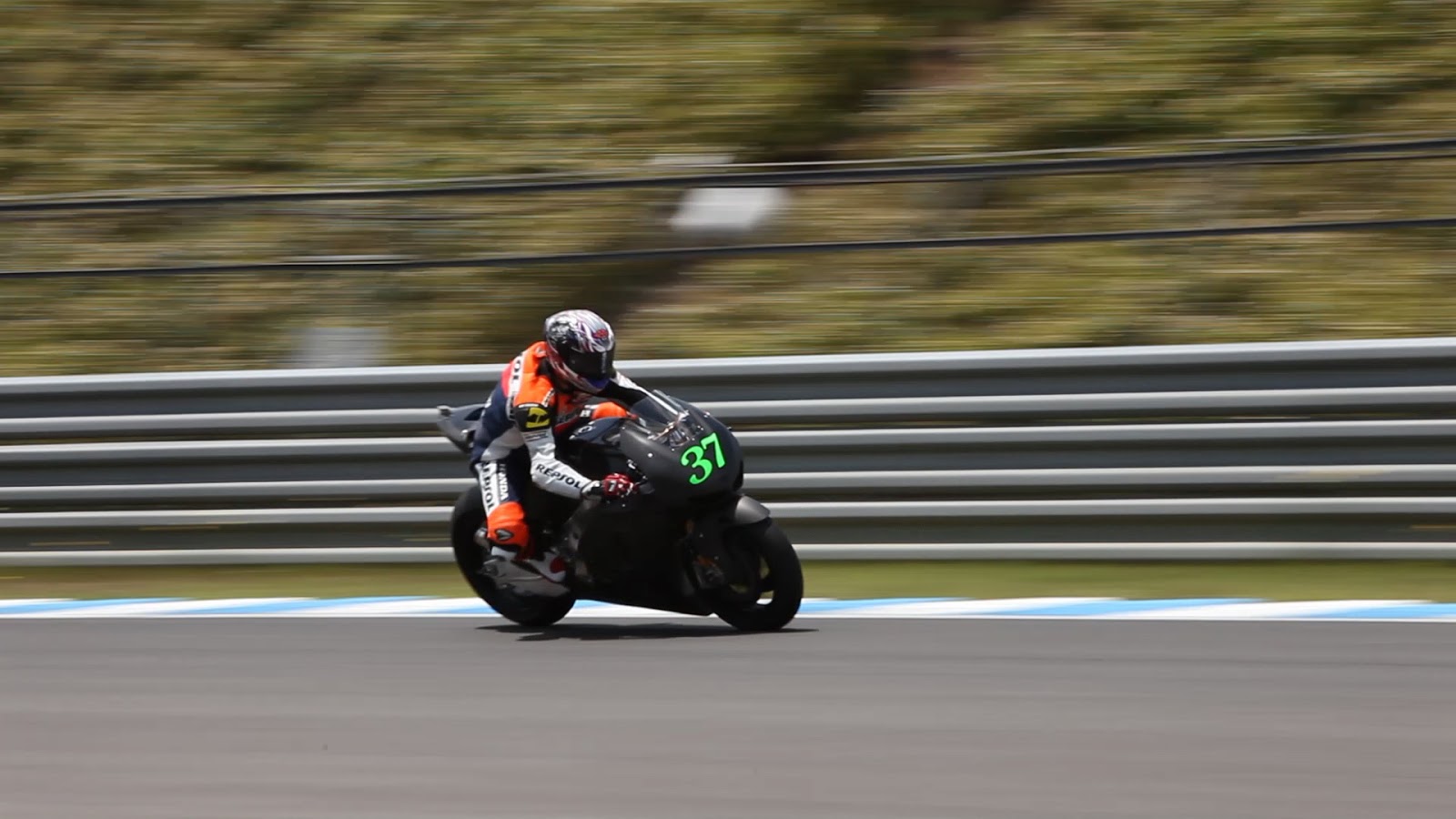 Honda have released the first image of their new Honda RC production racer, as it was in action last week during a private test in Motegi.

Just last week HRC vice president Shuhei Nakamoto was talking about the new machine, and delays that the Asaka brand have had, but the bike was still in action alongside De Puniet last week.

“The test results – comments Shuhei Nakamoto, Executive Vice President of HRC – showed more than what we had expected, in particular, with its running performance. We are very pleased at this stage and we will announce more in the not too distant future.”

HRC are still hopeful that they will be able to get the production bike ready for the start of the 2014 season, but teams may have to wait to the first 2014 Sepang test to get their hands on their new bikes with the post race Valencia test maybe coming just too soon for HRC.

Whilst no teams have committed thus far to the new Honda machine, HRC have already said they won’t be selling more than 5 of the new CRT machines, so should have no trouble in getting rid of them.

However CRT teams will face a tough decision about the new bikes. Whilst on paper the Honda package, complete with engine rebuild sounds an attractive proposition, do current CRT risk loosing 2 years of potential data with current machines, and start all over again. Start all over again on a bike with no seamless shift or pneumatic valves?

Whilst they get the 12 engines as allowed with CRT machines, they will also be somewhat limited by fuel allowances due to a 21 litre tank on the RC213V replica.