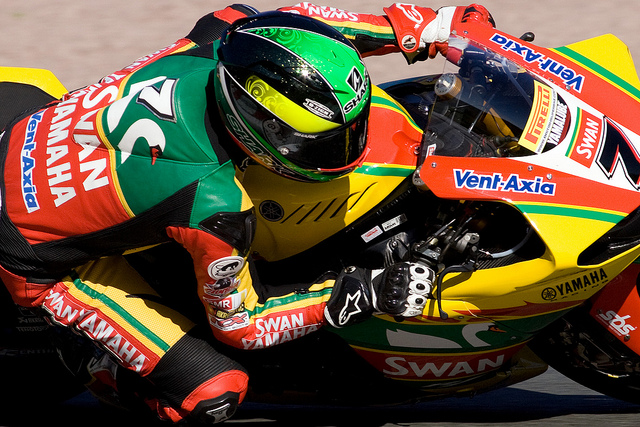 Michael Laverty has now been on record as saying that he may well be tempted by the PBM ART next season.

On Tuesday GPxtra said that Michael Laverty was now the man Paul Bird wanted to replace the outgoing James Ellison for the 2013 season.

Paul Bird wants to field two riders next season in his team, with at least one being British. Unfortunately for Bird his first choice Shane Byrne turned him down in favor of BSB, and other targets such as Alex Lowes, Leon Camier and Chaz Davies were all signed up to Superbike contracts.

Laverty currently doesn’t have a ride for the 2013 season, but he has three offers on the table. Two in BSB with Honda and Yamaha along with the Paul Bird MotoGP one.

“I’ve got on really well with both Honda and Yamaha teams these past two season, but the lure of World championship and racing against Edwards and De Puniet in CRT is appealing,” said Laverty.

“I know it’s the second tier championship in MotoGP, and it’s even harder to know what is the best decision to make, as the Yamaha deal with Shaun is right on the wire and he can’t hold on much longer.”

With the second quote we can see that we will the outcome know sooner or later the outcome of Bird’s quest to find a new rider, but Bird will be encouraged to her positive vibes coming from Laverty