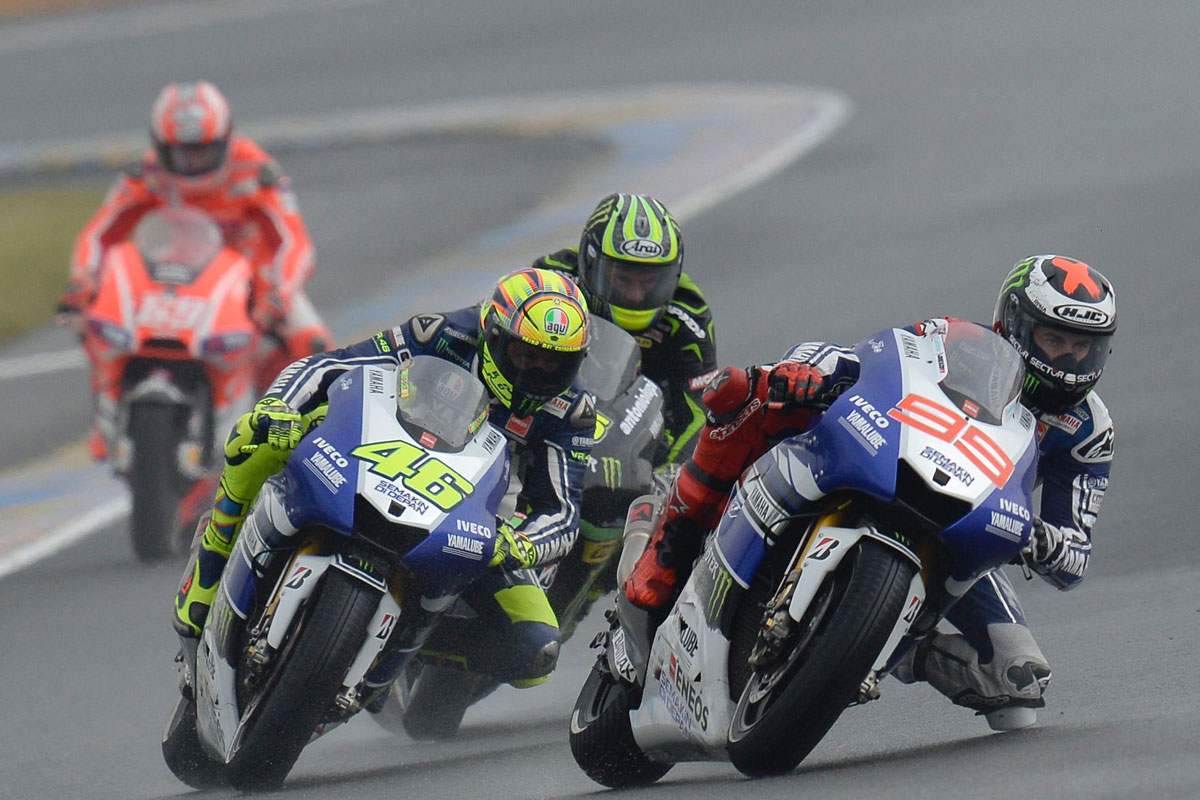 Factory Yamaha riders Jorge Lorenzo and Valentino Rossi have both come out in criticism of Bridgestone and their new tyres.

Despite Lorenzo lying second place in the world championship, the reigning world champion wasn’t afraid of upsetting the sole tyre manufacturer of MotoGP since 2009.

“The problem is always the same one at every race, even the hardest tyre mix is too soft,” said Sunday’s race victor to Italian media GPone.com.

“We have spoken on more than one occasion with the Bridgestone technicians, asking them to modify them, but for the time being no modification are expected. We hope that there will be a new tyre in the future, because the situation could be dangerous on certain tracks,” explained the Majorcan.

Valentino wasn’t worried about upsetting Bridgestone either with his words. “This pneumatic tyre had been introduced for safety reasons, because it guaranteed higher speed and warming,” explained the Doctor.

“Though it was made for the 800, now, the motorbikes are heavier and faster, so the tyres are too soft. I agree with Jorge’s complaint.”

Rossi was then asked what he thought about Stoner’s criticism of the tyres back when he was racing, and the Doctor responded in his usual light hearted manner.

“Casey must have been a magician, who could see into the future. But he was right.

“With Ducati I wasn’t in a situation where I could have chosen what tyres to use, anyway, I was in a terrible situation. It was a decision that was made between Honda and Yamaha, though I remember that I went to ask the men from Iwata if they were really any good.”

Bridgestone will point to the crashes in Barcelona at the weekend all being the opposite to the complaints of the duo, but Rossi explained he was riding around the problem.

“They all lost the front wheel, because with the heat we were all at the limit. I also felt the front move and I risked finding myself on the floor three or four times, like Crutchlow, I was a bit more fortunate than others.”