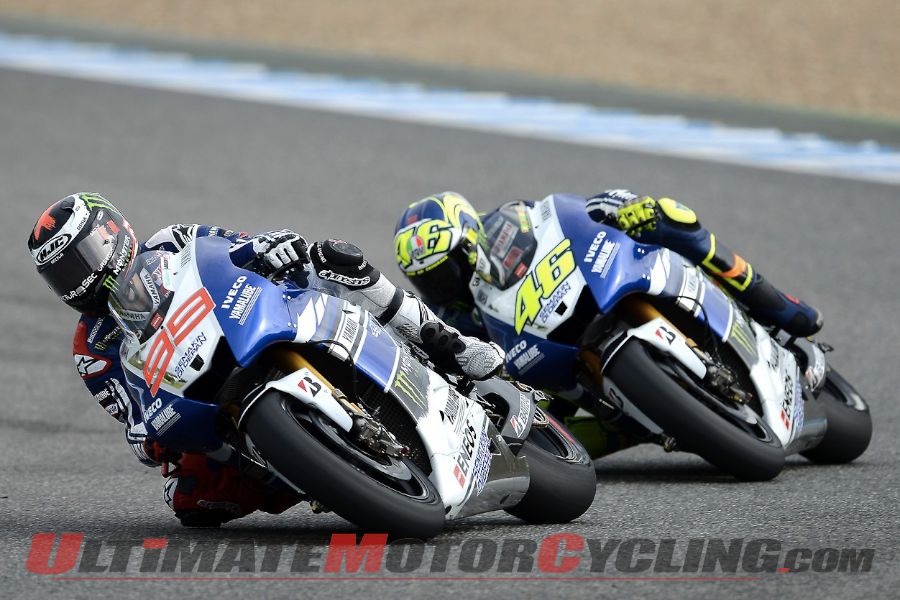 Valentino Rossi in a sobering admission has admitted that his team-mate is faster than he is, rides the bike better than he does.

2013 was meant to be the year that Rossi found himself back at the summit of Grand Prix racing, however it hasn’t quite worked out that way.

The Doctor currently sits behind Andrea Dovizioso who is riding the bike that Rossi left last season, and he has fewer points this year, than he did in the same stage last year. He also only has one podium to his name, a second place, again the same as he had last year.

“It’s hard to return to the top after two difficult years with Ducati,” said Rossi in an interview with German site Speedweek.com.

“I was also unlucky… In Le Mans, I was on the podium, but unfortunately I made a mistake, it can happen. I had bad luck with Bautista in Mugello. Nevertheless, Our potential is not so bad.

“Sure, Lorenzo is faster; He rides the bike better than I do. But we are not so far away.”

It seems staggering, and incomprehensible that the great Valentino Rossi would admit that his team-mate is riding better than he is. This is a man who saw team mates off for fun. He would psych his opponents out both on and off the track.

“We can have a good race in Barcelona, but we need to improve. We must try to secure us better starting positions in qualifying.

“I’ve started well this year, but unfortunately, I have problems with the clutch every time. You slip in second gear.”

Rossi has struggled to get to grips with the new qualifying format introduced for 2013 with shorter sessions rather than the hour-long session from previous years.

“The other riders are smarter than he in the new qualifying format, they would make simply use a slipstream and capitalize on it.”

However, Rossi is still upbeat about his current situation. He knows there is work to be done, but you don’t become a nine times world champion if you give in at the first sign of adversity.

“Therefore, there is work ahead of us. Our consolation: we are not so far away from the top.”