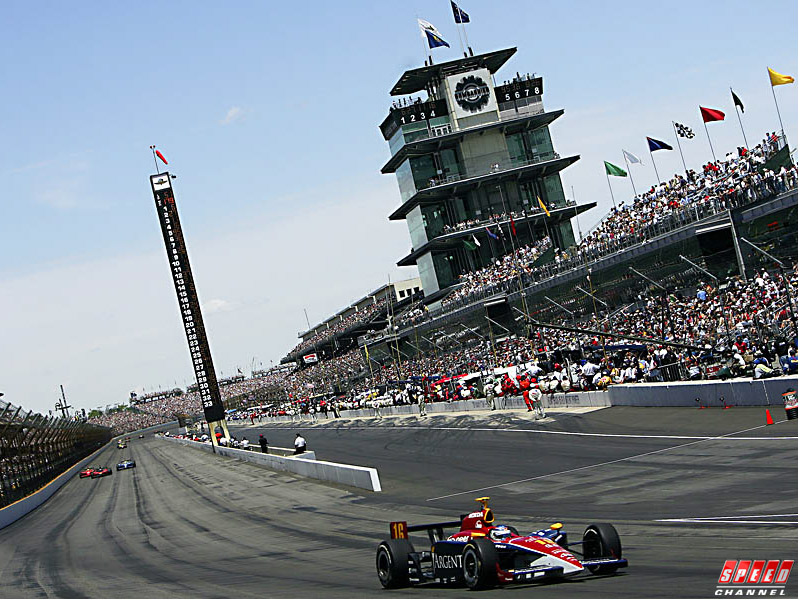 MotoGP are looking to expand, and could the latest plans from Carmelo Ezpeleta see Indianapolis and Valencia dropped in favour of races in Thailand and Brazil?

With the Argentina-GP already confirmed to be added to the calendar in 2014, and circuits in Brazil and Thailand set to be complete for 2015, a minor shake up of the MotoGP calendar is in store with Indy almost certain to be the first track to face the axe.

Next year the MotoGP paddock will be going back to Argentina for the first time since 1999, and will be debuting at the new Las Termas de Rio Hondo in the province of Santiago del Estero.

In order for the new track in South America to be put on the calendar, Ezpeleta seems to want to drop a current race in either Spain or America rather than add a 19th round.

Indianapolis looks set to host its final MotoGP race for the foreseeable future this year, with the Las Termas de Rio Hondo coming in for the iconic American circuit, but what about in 2015?

“The circuit in Thailand is to be completed by the end of 2014,” said Dorna CEO Carmelo Ezpeleta. “We now begin negotiations.

“I don’t think we will continue with three [races in America].

“In Texas, we have a five-year contract, with a fantastic track. Laguna Seca is also a unique Grand Prix. We will continue to go there only with the MotoGP class.”

Just because Dorna are in negations with the Thai circuit, it does not mean that Thailand is guaranteed a Grand Prix. Dorna will regularly meet with new circuits and discuss the possibility of hosting a Grand Prix there.

In recent years Dorna have met with potential hosts in Bulgaria, Singapore and Abu Dhabi. But Ezpeleta was keen to stress that negations at an early stage mean very little.

“That happens in Formula 1…Not only with us,” said the Dorna CEO.

With a motorcycle sales sky rocketing in South-East Asia, and Dorna seemingly keen to capitalise on that, Thailand seems a logical choice.

It would solve the issue they currently have of wanting more racing for fans out there, and a new track should get FIM homologation and meet all regulations required to host Grand Prix motorcycle racing.

It would also be a popular decision with the teams. Recently Yamaha supremo Lin Jarvis said “I think a second race there [Sepang International Circuit] would be welcomed by all concerned until existing tracks like Sentul can be upgraded, or new tracks become available for MotoGP to race on in that part of the world.”

But in spite of all of that, Thailand is still not guaranteed a Grand Prix slot. The new Thai track will face stiff competition from Brazil.

Much like Argentina, the GP paddock left Brazil, and thus far is yet to turn. However a new track in Brasilia could change the minds of Dorna, in another untapped booming motorcycle market.

But president of the Brazilian Motorcycle Confederation (CMB), Firmo Alves, stated earlier this year that MotoGP World Championship would be returning to the country in 2014, a year earlier than it was seemingly being considered for.

However, adding either Thailand or Brazil to the calendar would create the same problem Argentina is this year, and thats finding another race to sacrifice in order to host the event.

Dorna doesn’t want to exceed the 18 races we currently have, and Spain looks set to lose one of its current four races.

“There is not a lot of possibility to continue with four races in Spain,” said Ezpeleta.

With no mention about what track may face the axe logic suggests its between Jerez and Valencia.

Dorna have offices in Barcelona, and Aragon is where ExternPro, the engineering firm that does the Honda Moto2 engine maintenance is based and they also received a discount on the sanctioning fees.

Thus leaving Jerez and Valencia to duke to out. Jerez is the home of Spanish motorcycle racing, but have struggled to muster up the required funds in recent years.

However the sheer popularity of the South Spanish rounds looks sure to keep it on the agenda, with season ending Valencia the most likely to lose out.

Another country that was mentioned in the possible expansion plans was India. With a new circuit capable of hosting MotoGP, and a booming economy India looked to be a logical choice.

But Dorna are said to be put off by the current customs laws that the World Superbike paddock have faced in their first year of visiting the sub continent.

One track that won’t be returning to the MotoGP calendar in the short term future is the Salzburgring in Austria.

MotoGP last went to there in 1994 when Mick Doohan won on his Honda, but Safety Officer Franco Uncini ruled out a return saying: “The Salzburg ring was once a beautiful race track. But that’s history.”

Whether Dorna stick to their guns and keep it at 18 races, or if they decide to make it 19 in 2015, MotoGP looks set to be introduced into some exciting new circuits, and new market in the not too distant future.