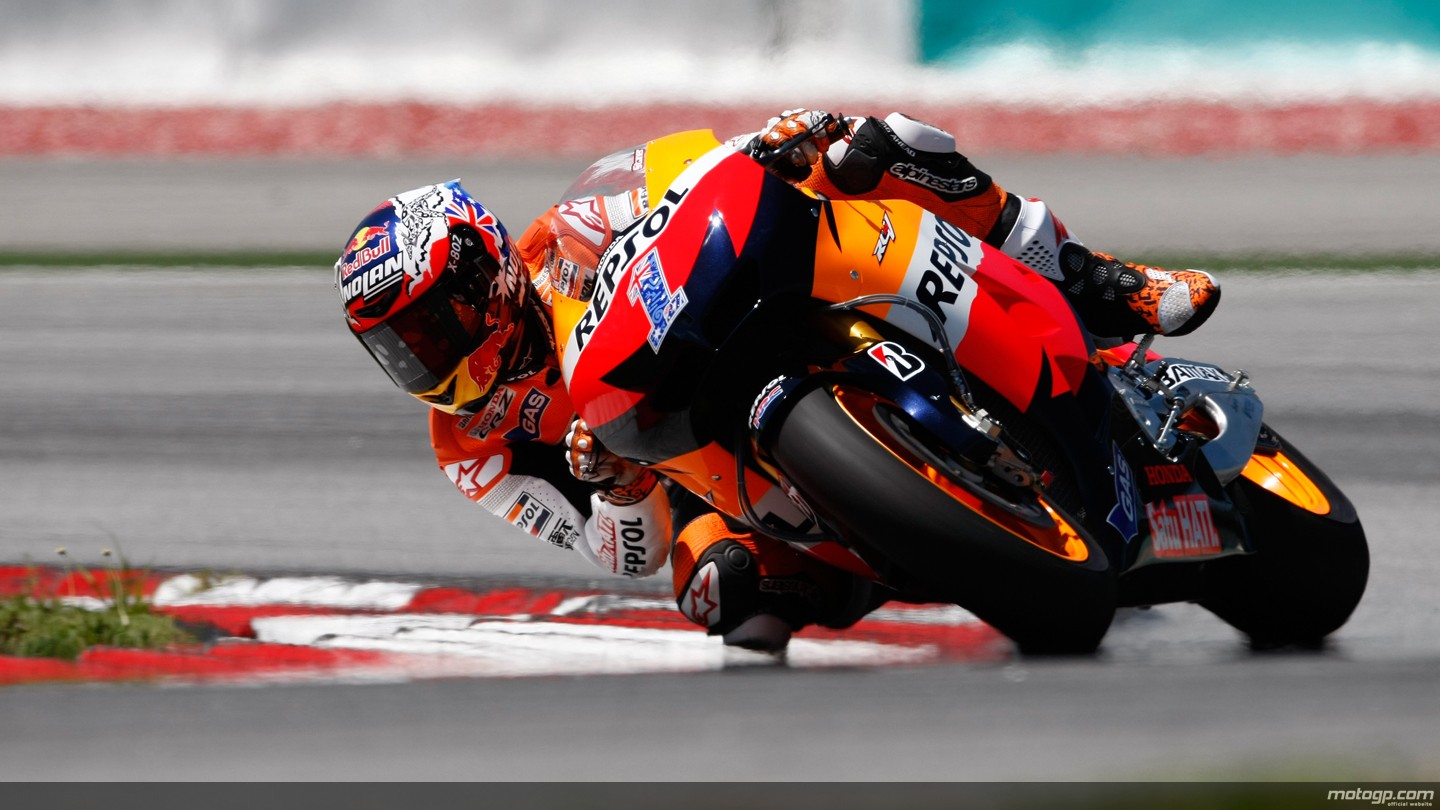 Casey Stoner will once more swing his leg over a MotoGP machine when he tests the new Honda RC213V in Motegi early next month.

MCN today reported the news that Stoner will be back in action when he takes part in a private HRC test at the Honda owned Motegi track between the 6-7 August.

MCN report that Stoner is testing the new bike that was briefly bought out in Aragon a few weeks back, and will help give his verdict on the bike.

Despite testing the new bike, it is believed that former crew chief Cristian Gabbarini will be in attendance, and Ohlins have prepped a set of 2012 spec forks to be shipped to Japan direct from California.

HRC also want Stoner to test the new production racer that will be available for sell to privateer teams from 2014 when he is in Japan, to further increase the performance of the RC.

Despite the testing return, and rumours that Stoner could wildcard at either Motegi or his home race of Phillip Island later in the season, and that both Honda and Ducati were attempting to lure Stoner out of retirement, both HRC and Stoner are said to be adamant that the test is a one off, and Stoner will not be returning full time.

“It’s been almost 7 months now since Valencia and I’m still happy and comfortable with the decision I made to stop racing,” said Stoner in the HRC press release.

“Sometimes I miss riding my RCV, so I am happy that HRC asked me to do some tests in Motegi this year.

“This will allow me to enjoy what I miss: riding a MotoGP bike! I’m looking forward to getting on the bike and see how it has changed from last year and I’d like to thank Honda for this opportunity.”

Whilst HRC executive vice president Shuhei Nakamoto said: “We are very pleased to have Casey back on a Honda!

“He knows this machine very well and I’m sure he can help our engineers and technicians with the development of the RC213V. We will also ask him to test the new production racer and give us his initial feedback to assist us in producing the best machine possible.”

Although from previous experence we are learning to take the opposite of what HRC and Stoner are saying, so there may well be a chance we see Stoner in a race this year.