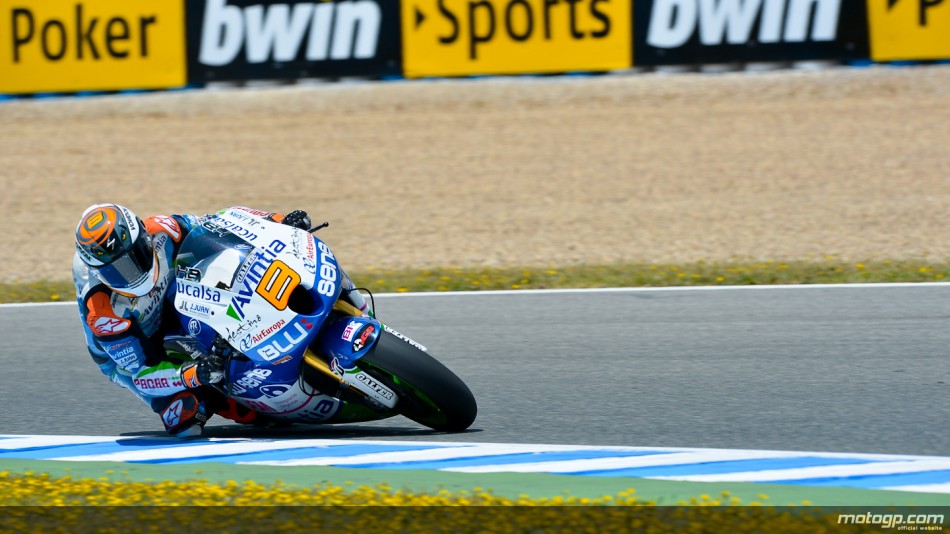 Spanish CRT rider Hector Barbera has been arrested by nation police in Spain.

The Valencian had allegedly assault his partner in a case of domestic violence in a hotel at Jerez de la Frontera last weekend.

The authorities only became aware when the victim reported it at a local hospital, and then Barbera was taken into custardy this morning.

A statement has been released on Barbera’s facebook page which says – “In relation to the arrest of Hector Barbera.

The facts alleged and the information published on the subject are devoid of truth. Hector has made himself available to the relevant authorities to clarify the facts. More information will released in time.”

– It has since emerged, according to motoworld.com that Barbera hasn’t been charged with domestic violence, but instead with mutual assault offense, and his partner has also been charged. What they are reporting is that during an argument violence was used by both of them, and it wasn’t a case of just Barbera assaulting his girlfriend.

Further reports are saying the Barbera had been sentenced to six months in prison, and his girlfriend five, but the charges were dropped due to neither of them having a criminal record, and the pair will instead serve community service charges.

Team manager Raul Romero, said he was “very happy with the speed with which Justice has acted.” He also said “Now you have to do is return to normal Hector and think about the race to be within a few days in France.”

A final statement has been released from Hector Barbera which reads:

“Related to the incidents happened today, just clarify that is has just been a simple couple discussion already solved by the Jerez Court and that both parts has accepted.

We apologize the way the incidents had occurred, even if the Jerez Courts has solved equally for both parts.”