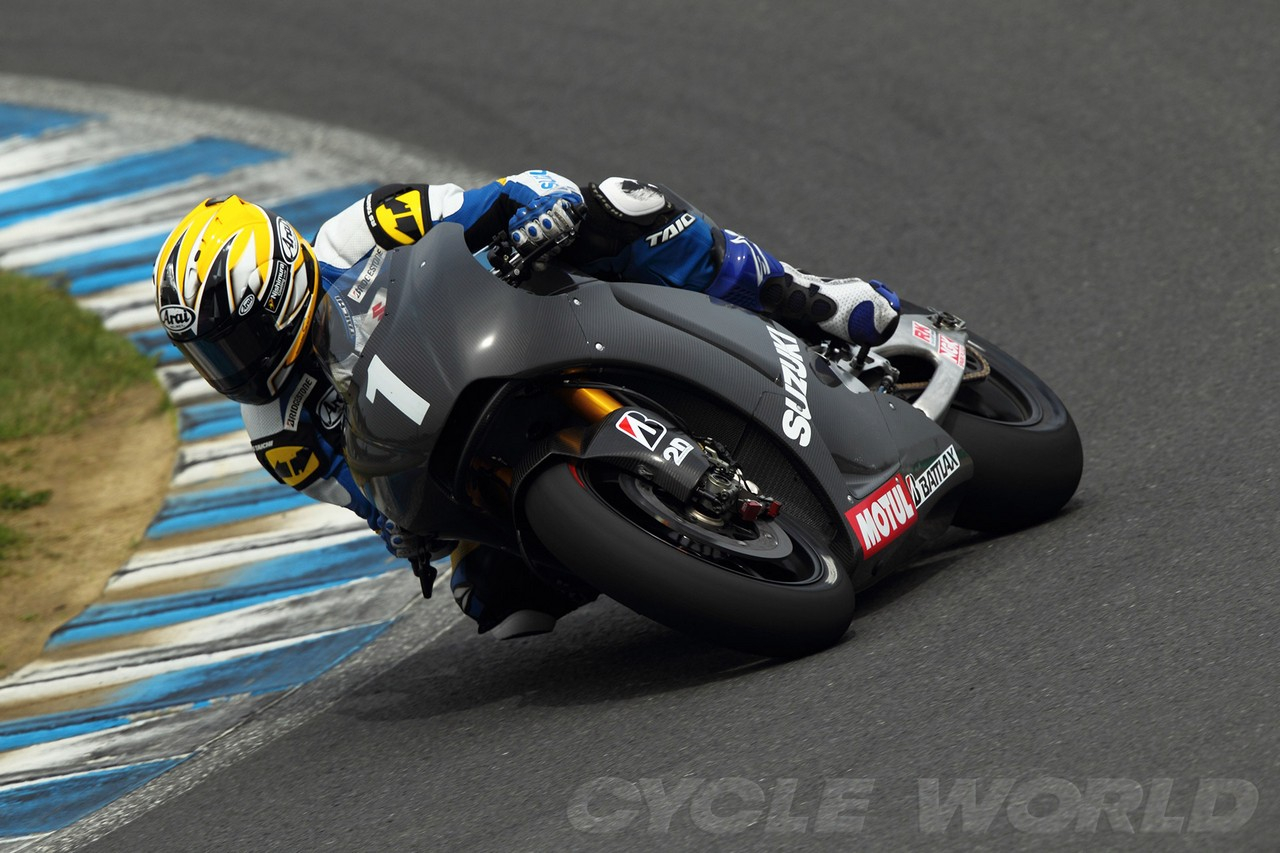 Suzuki have been accepted into the IRTA test following the MotoGP race at Barcelona, but this week they have been testing in Motegi and some first spy shots have come out of Japan.

The Hamamatsu-based manufacturer pulled the plug on their Grand Prix effort at the end of the 2011 season, and since then have been working on a new machine.

The latest shots to come from Motegi were captured by CycleWorld and there a some distinctive changes from the bike that left the grid in 2011.

One of the biggest, and most visible changes is that the dual exhaust, has now become a single one and that a ’starter door’ has been fitted on its right side.

Test rider Nobuatsu Aoki confirmed that the bike is a totally new prototype, including a completely new engine and chassis.

Whilst there has still been no confirmation as to quite how Suzuki will come back into MotoGP, with Dorna wanting them to join an existing team, Aspar are the talk of the paddock, especially with Randy De Puniet testing the bike.

The pictures are an encouraging sign, and test times in June may be the next step to the return of Suzuki.