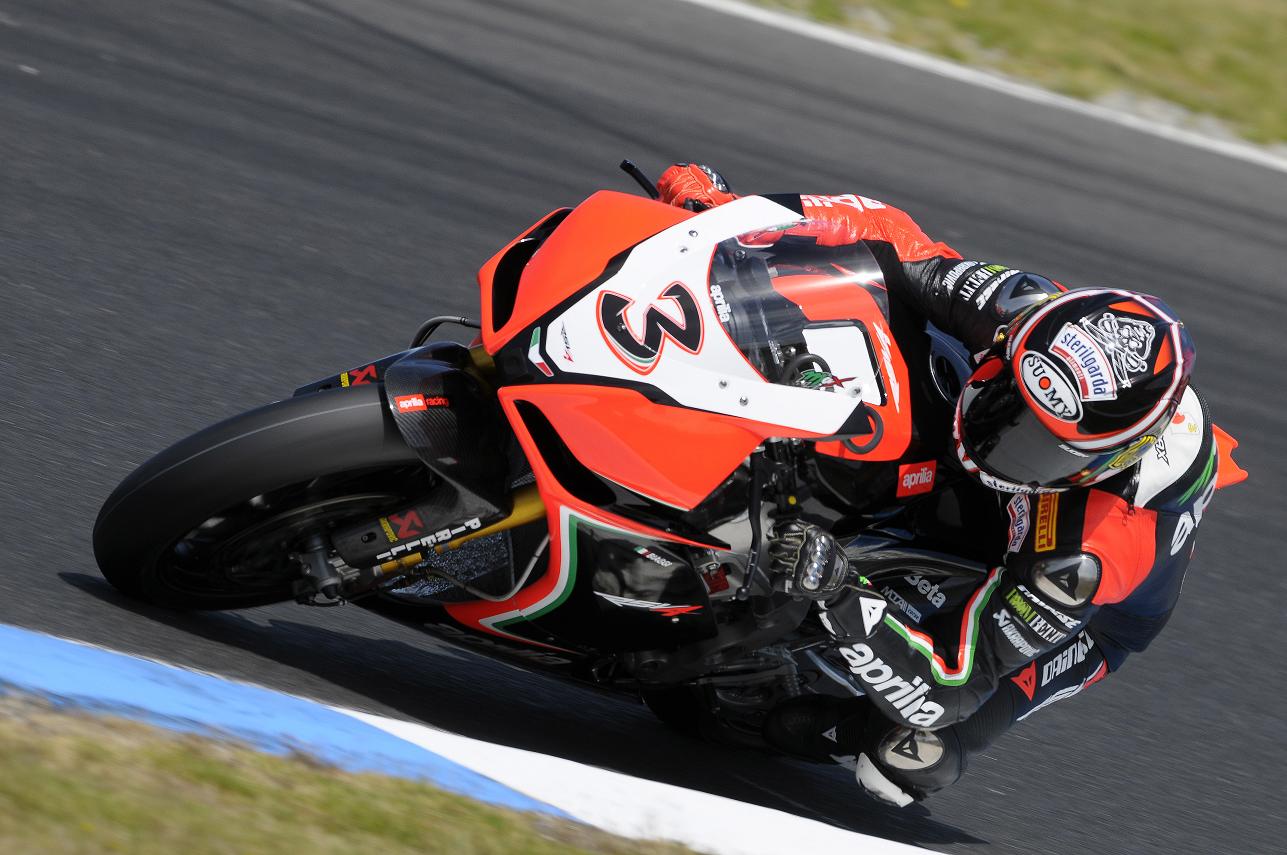 All sorts of rumours were flying around about a potential wildcard return for the two time SBK world champion, with the most common reasoning behind it to boost dwindling television figures in Italy.

The Roman Emperor didn’t try and dampen these rumours by tweeting about his intese training – training that seemed excessive for a retired man.

“Biaggi has asked us for a wild card entry for Monza and of course we would be very happy action to see the reigning World champion back in action in Italy and in the most fascinating event of the entire calendar.”

So with it seemingly given now that Biaggi will be returning to race at Monza, what bike will he be riding?

The obvious choice would be a return to his Aprilia RSV4. The bike he made a race, and championship winner in world superbikes, and many may remember what Aprilia team manager, Gigi dall’Igna said last year. He said that there will always be a RSV4 Max.

In spite of this, a spokesman for Aprilia has said: “We’ve won 2 races out of 4 and have 7 podiums out of 9, with riders that cost a tenth of what Biaggi’s costs.” Maybe it isn’t as obvious as that then.

Another theory circulating the paddock is the Biaggi could join up with another Italian brand, and that is of course Ducati. Alstare Ducati team manager Francis Batta was the man who convinced Biaggi to try his hand at SBK after his MotoGP misery, and Biaggi could be tempted to return to where it all started.

Batta was recently quoted as saying: “Biaggi? I’d scoop him up immediately. We could let him become a test rider. His experience would be very useful in developing the new Panigale. And I’d like to see him in 3 or 4 races. Biaggi has the same charisma as Valentino Rossi, Biaggi as a test rider would be more newsworthy than anyone racing in the championship.”

Whether Biaggi would ride for Ducati after having such a symbolic relationship with Aprilia could be a stumbling block there, however an Italian on an Italian machine in Italy would stile draw audiences in.

Kawasaki and Suzuki have also been mentioned, with Biaggi appearing in a special Pirelli promo advert aboard a Kawasaki ZX-10, and the latter being mentioned with Leon Camier currently battling a knee injury, a return to the machine which he first race in SBK with at Monza may allow Camier some time to recover from his injury.

There has also been a suggestion that Biaggi could feature in the USA round at Laguna Seca. Biaggi has a big home out in California and the United States is an important market for Aprilia, although that rumour would depend heavily on Biaggi returning to Aprilia.

The Monza round is in just a fortnights time, and with the field in action this weekend at Assen, maybe somebody may be able to prize some information from the Sportsmedia commentator.