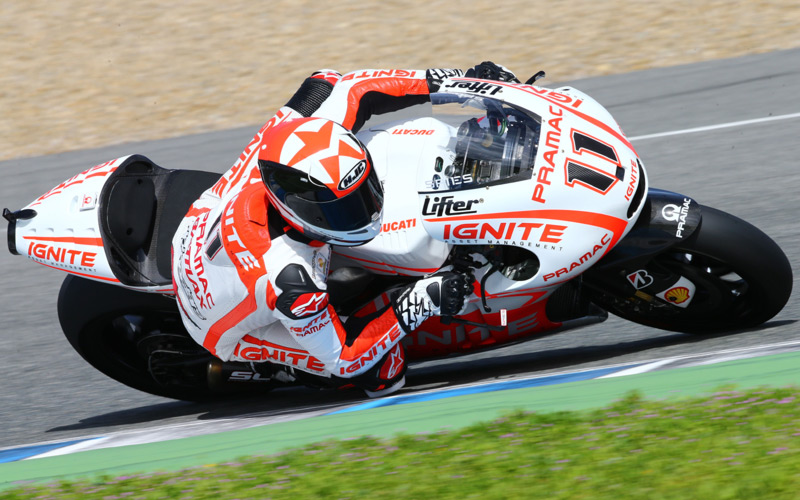 Ben Spies was hampered by a trapped nerve in his chest during his home GP this weekend in Texas.

The Texan is close to 100% after a shoulder injury sustained at last years Malaysian GP seriously hampered his pre season testing plans and the effects were still being felt in Qatar. But just as Spies was hoping that the shoulder was finally fixed he started feeling more pains Sunday.

Spies said he had suffered the injury in the warm-up, and it is a problem in his chest.

“This morning we had a little bit of a problem with a nerve in my chest, for some reason,” said Spies.

“I don’t know whether it was over-compensating with my shoulder, but my shoulder has got a lot better from Qatar which is really, really good.

“Two laps from the end of the Warm-Up I had a twinge in my chest and it felt like there was a knife in it. I don’t know what happened. We went to the Clinica Mobile; they worked with me a lot and got me ready for the race…we need to work harder and get back to 100% because we’re definitely not there, physically, right now.”

The pain became so bad that with eight laps left Spies decided to salvage all he could from COTA.

“I had to save what could be saved. We still need us to work harder and finally get 100 percent of our performance. We have to deal more with the bike. I’m disappointed because the team of friends, family, fans, because Ducati Pramac and Ignite. They all deserve better results.”