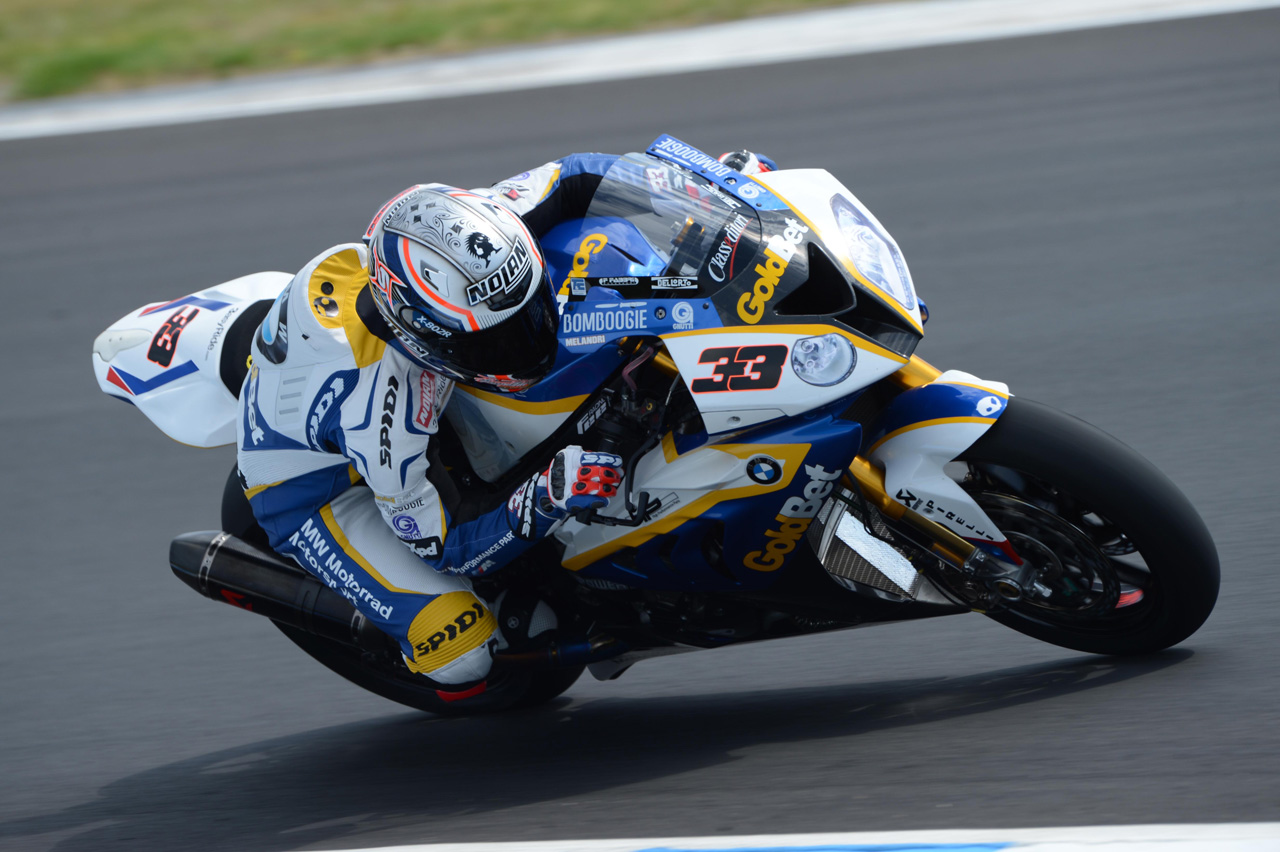 Marco Melandri could’ve been badly injured, or even upset at the crash caused by Carlos Checa during Race One of this weekends World SBK opening round at Phillip Island, instead the Italian was more concerned about the Italian.

On lap 13 of the 22 lap race, heading into Honda corner, Checa lined Melandri up to attempt an overtake up the inside. Once the Spaniard had realized he couldn’t execute the move, he attempted to sit the bike up.

Unfortunately he couldn’t get the bike up in time, and as a result hit the back of Melandri causing both of them to go down, Checa came off worse. The 2011 world champion smashed the back of his head, and Melandri knew that something was wrong immediately.

“I don’t know what happened to Carlos,” said Melandri.

“I felt a hard hit, I wound up on the ground, and I was afraid that I injured my shoulder.  I’ve have four shoulder surgeries, so I’m very familiar with the dynamics of the bones and tendons.

“But my first concern wasn’t for myself, it was for Checa.

“He was lying motionless at the side of the track, his eyes were open, but he was breathing.

“The marshals moved him around like a piece of plastic, putting him on the stretcher in a very unorthodox way.  These things shouldn’t be happening.  I got upset about it, but it wasn’t helping the situation.”

As a result Checa was airlifted to hospital, and forced to sit out of Race Two, thankfully it was more precautionary measures.

Checa has now been released from hospital, and has told his fans that he is fine.

Leaving the hospital few hours ago, was big impact in head likely I'm fine. As well sorry for Marco I couldn't avoid. Thanks 4 the support