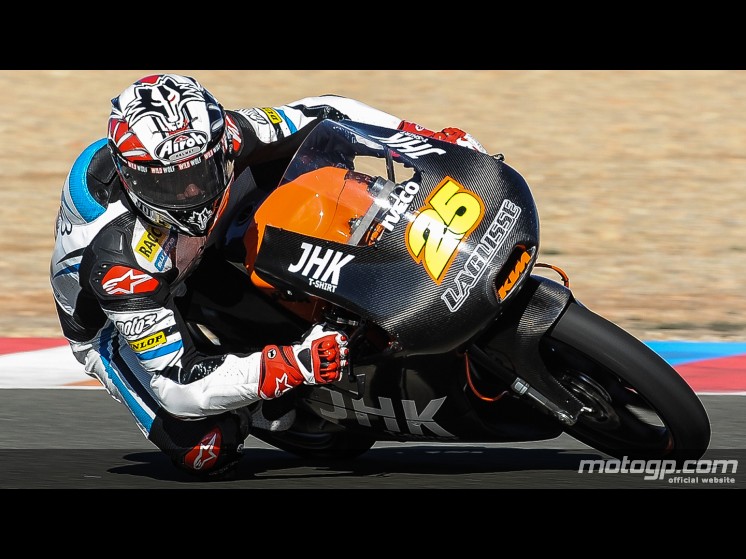 Maverick Vinales continued his fantastic form during Day 1 of the first test in Cheste at the Ricardo Tormo circuit.

Maverick Vinales posted a best time of 1’40″715 aboard his new KTM and he was the only rider to break the 1,41 barrier. His time from today was also faster than Jonas Folger’s qualifying pole position lap in last season’s Valencia round.

Second place was 2012 championship runner up Luis Salom. Salmon who has signed for the Ajo factory KTM for 2013, and behind him was both team mates Alex Rins and Zulfahmi Khairuddin.

Folger aboard his KTM Kalex made it a KTM monopoly at the top of the time sheets during day one in Valencia.

Romano Fenati was sixth, and the first of the non KTM runners on his FTR Honda, complete with 2013 sponsorship of San Carlo on his Team Italia bike.

Jakub Kornfeil claimed seventh ahead of Efren Vazquez, who was riding the  new Mahindra by Suter Racing for the first time.

Sixteen year- old Ana Carrasco – the first female in Moto3 – and Vinales team mate made an impressive day 1 debut as she finished 12th and ahead of several more experienced Moto3 GP riders.