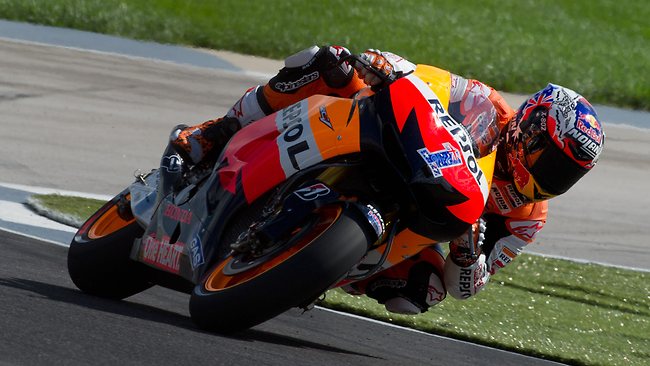 Speculation has been rife ever since Casey Stoner announced he was leaving MotoGP to what his next step would be, and now Australian press is reporting he has signed to race in V8 supercars next season, but the Aussie has since taken to twitter to deny the reports.

In a tweet the 2007 & ’11 world champion said not to believe everything you read.

Don't believe everything you read! Haven't decided what I'm doing yet, of corse @v8supercars is on the cards. Will let you know when I do!

But we have heard a similar quote before from Stoner to deny his impending retirement in Estoril this season.

If indeed Stoner is coming out of retirement already his rumored debut would take place for Triple Eight Racing sponsored by Red Bull during the Clipsal 500 street race in Adelaide February 28th, and he’d be testing on February 16 at Sydney Motorsport Park.

The Australian has been dubbed to make a switch to V8’s as far back as 2011 when he initially tested a car, although he claimed it was just for fun. Since he has also tested a Holden Commodore, and his most recent involvement with four wheels was last December when he got behind the wheel of Jamie Whincup’s two-time championship car, for a development test at the Queensland Raceway.

Sydney Herald also reporting that Stoner has decided to keep his number 27 if he decides to return. I’m sure we will hear more on this and we will let you know when we hear anything.