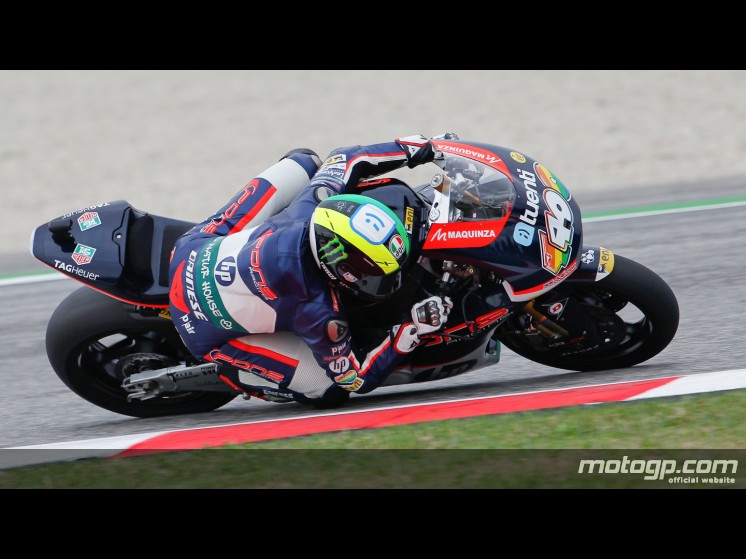 Pol Espargaro is on the radar of Yamaha for 2014 already, according to German website speedweek.de.

Although it seems premature to be talking about riders for 2014, Yamaha are known to get their business done early. Lorenzo had signed a deal to ride the factory M1 in Motegi 2006, two years before he debuted on the bike in Qatar 2008.

It now seems the Lin Jarvis is already looking ahead rather than resting on his laurels after securing the services of Valentino Rossi and Jorge Lorenzo on two years deals, and scouting the next star.

Whilst both factory riders have two year deals, Cal Crutchlow has a one year deal, and is a serious contendor for Ducati if they decide to get rid of Nicky Hayden, and he has even been spoken about spearheading Suzuki’s return in 2014.

But joining the satellite Yamaha wouldn’t be an issue for either rider or team. Tech3 manager Herve Poncharal is a known fan of Polyccio, and he was one of the riders on Poncharal’s short list if Cal Crutchlow had moved to Ducati.

Whilst nothing has been confirmed, Yamaha do like to get their business early, and we wouldn’t put it past Jarvis already having Espargaro signed up for 2014.