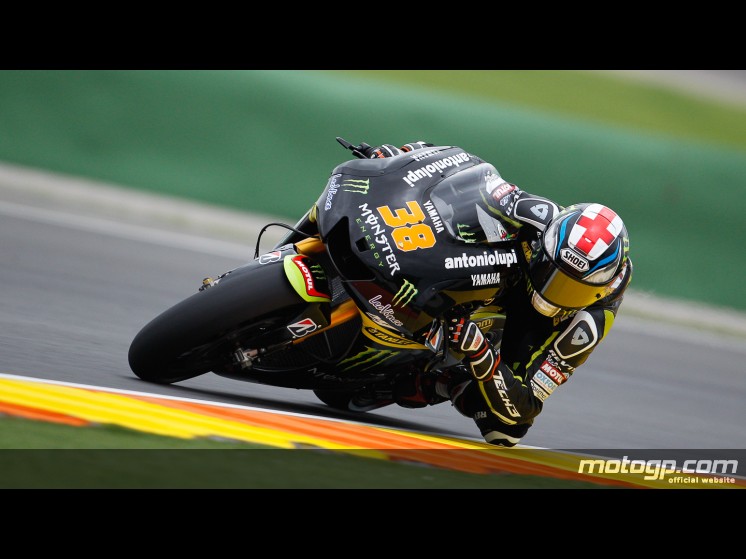 MotoGP rookie Bradley Smith will be starting his first calender year in MotoGP by jetting out to the middle east to advertise MotoGP racing.

First up Smith is the Bahrain International Formula One circuit on Saturday, where he will he will put in some promotional laps on his special prepared R1. Then on Sunday, Smith will be back to assist and advise up and coming racers in a special track day.

After his trip in Bahrain, Smith will move onto the Yas Marina circuit in Abu Dhabi and also Dubai for a couple of track and practice days with road riders and racers.
He concludes his Middle East adventure when he will compete in the second round of the Qatar International Championship at the Losail International circuit.
Riding his personalized R1 Yamaha, Smith will compete in practice and qualifying on Friday and then race in the two 15 lap championship races organised by the QMMF on Saturday.
“I’m so looking forward to this trip – helping up and coming riders, riding new circuits which I’ve only seen on the television and to be honest enjoying a bit of sunshine,” said Smith speaking to MotoGP.com.
“I’ve been pushing really hard to make this happen. Of course it’s great preparation for me before MotoGP testing gets underway in Sepang but also I’m certain there is some real racing talent in that part of the world. You only have to see how MotoGP has exploded in Malaysia to understand what the success of local riders can achieve. I end the trip with a couple of races in Qatar and it will be interesting to see just how the riders have improved actually racing against them.”
Smith will be back on his Monster Tech 3 Yamaha M1, at the first MotoGP test of the 2013 in Malaysia on February 5.