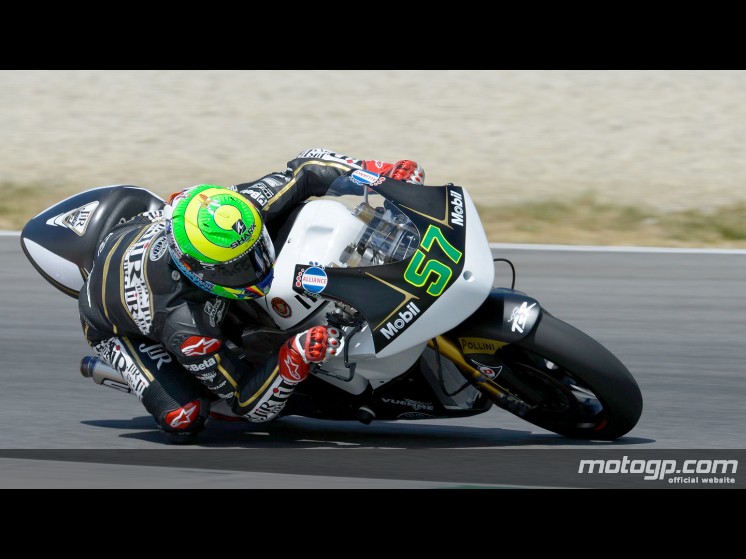 16 Year old Brazilian Eric Granado has signed to ride for the Aspar Moto3 team for the 2013 season.

Granado signed for the JiR team alongside class rookie Johan Zarco last season, and couldn’t race untill the Silverstone round due to age restrictions. When he did eventually climb aboard his Motobi he was just 16 years and 7 days old, a intermediate class record.

Unfortunately for all involved, it didn’t work out for Granado, who ended the season with a best finish of 21st in Mugello and would regularly find himself on the back row of the grid in qualifying.

As a result Granado has taken the decision to move down a class and join the front running Aspar Moto3 team alongside German Jonas Folger.

Folger proved that the Aspar KTM is a race winning bike after his mid season move from IODA and it could be the kick start the young Brazilian needs.

Still only 16 there is no rush for Granado to shoot up through the categories, and a season or two at the sharp end of Moto3 should set him for a better second shot at Moto2.