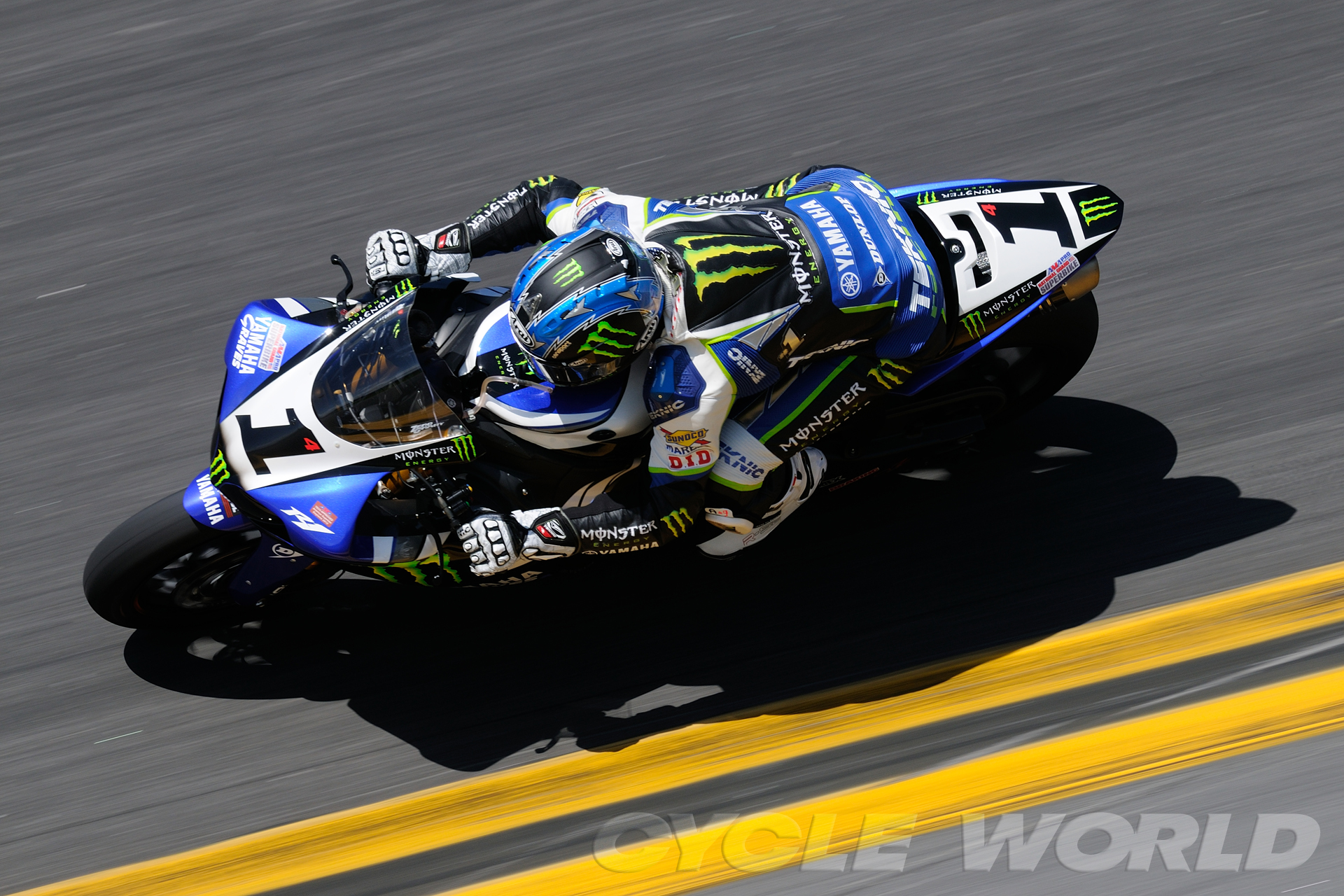 Three-time AMA superbike champion Josh Hayes used the International Motorcycle Show in Long Beach, California to announce that he will be staying with the Graves Yamaha team for 2013 and 2014.

Hayes called a press conference on the Friday of the show, which is where he announced he would be staying in AMA.

“It’s been a bit of a hard pill to swallow, but I guess I’ll stick around,” Hayes said, joking. “It’s fantastic. I’m in a good place. I’ve got an amazing crew cheif and team around me and family here at Yamaha. Its awesome that I’ll be able to stick around and continue to ride this motorcycle for at least two more years. So it’s going  to be a lot of fun.”

It’s fantastic for the AMA series to have Hayes sign up for at least two more years. Third in the all time wins list Hayes will be targeting second, and seeing how close he can get to Mat Mladin’s AMA record.

Hayes will be looking to claim the 2013 and ’14 titles although will face stiff competition from emerging team mate Josh Herrin and rival Blake Young.