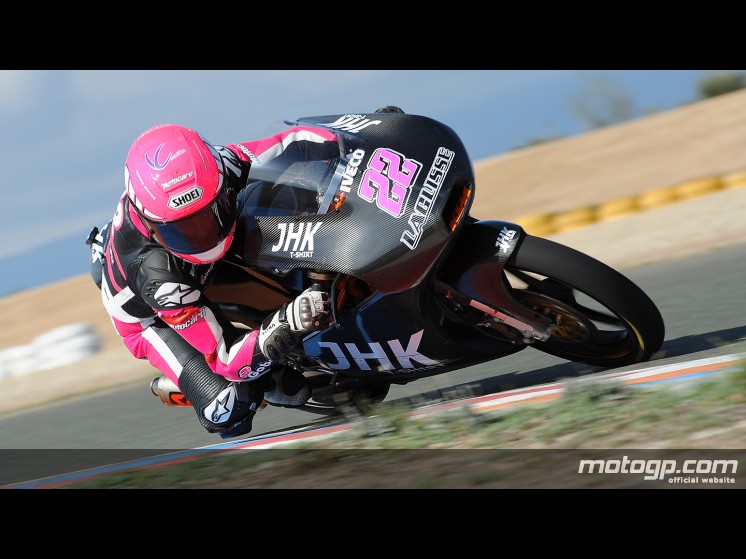 Ana Carrasco has become the first female rider in the Moto3 class as she signed a deal to race alongside Maverick Viñales as part of the Laglisse team for the 2013 season.

The 15-year-old Spaniard turns 16 in March so will meet the age restrictions put in place, and will be learning her trade alongside one of the best in the class.

The teenager tested her new machine alongside Maverick Viñales this week in Almeria, and she raced in the 2012 CEV Buckler series and finished in the points 3 separate occasions.

“To debut in the world championship is the dream of every rider. I was not expecting it and I am very enthusiastic about it. I can’t wait to get into pre-season testing and do my first race,” said Ana Carrasco.

She wasn’t finished “In Almeria I didn’t ride an official KTM, but the feeling I had with the standard bike was good and I’m pretty happy. The chassis is very different from what I’ve ridden this year and I rode over a second faster.”

During the test this week Carrasco bettered her previous fastest lap at the Almeria circuit by 1.2s and she will get to ride her official KTM machine in the next IRTA test in February.