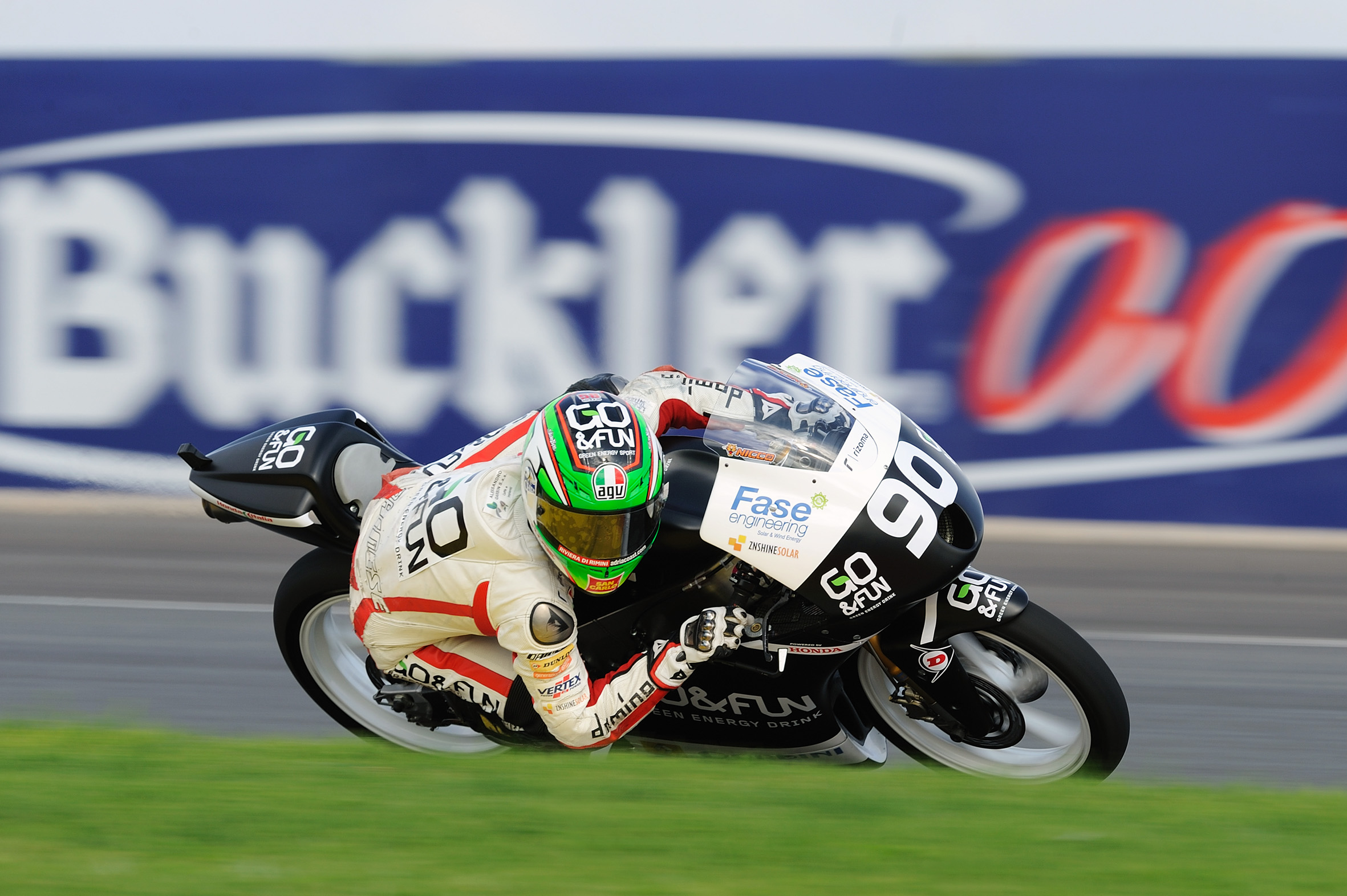 Today was the final round of the CEV Buckler Moto3 Spanish Championship at Valencia one week after the World Championship.

Today’s Moto3 Championship was already decided with Alex Marquez taking the crown two rounds ago in Albacete, but today’s race was without the new 2012 Champion as he crashed Friday morning in practice and didnt want to risk further injury with an important 2013 season ahead.

Never the less today’s Moto3 race had no less than 9 World Championship riders competing in the final round.

After qualifying wildcard and World Championship rider Niccolo Antonelli (see interview with Nico here) found himself on pole position ahead of South African Brad Binder on a Suter Honda for the first time.

In overcast conditions today the race was run over 18 laps, and the wild card GP men were all up the sharp for the first few laps, although on lap six both John McPhee (was has signed for Racing team Germany in the World Championship for 2013) and Red Bull KTM’s Arther Sissis both crashed out of the race, and pole sitting Niccolo Antonelli followed suit two laps later.

After that Brad Binder had managed to open a bit of a gap, with Marc VDS’s 2013 recruit Livio ‘the sniper’ Loi in second position. The miniature Belgian pressed Binder who narrowly missed out on the podium last weekend, but with three laps to go Loi settled for second after failing to close to gap on the South African.

With Martin’s crash, Kevin Calia and Phillip Ottl were fiercely contesting for the final place on the podium and were engrossed in a fight seven seconds off the leader, with Calia the Italian 2012 Moto3 Champion on the local Aspar machine just pipping the German over the line.

Binder will now go into the winter, with a 2013 ride alongside Danny Webb sorted, after mentally righting the frustration of seven days ago. Stay in touch with GPxtra for video highlights of the final CEV Buckler Moto3 round.