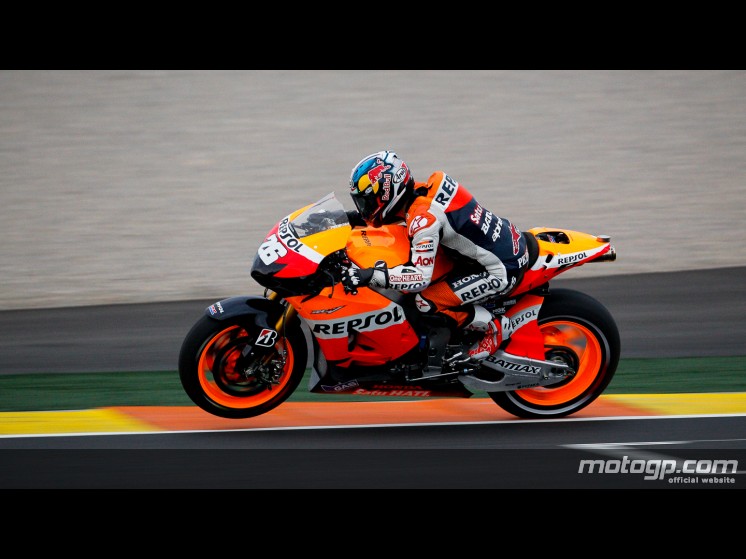 Dani Pedrosa won’t be going to Sepang at the end of the month with HRC to test the new 2013 Honda RC213V between 24-26 November as he has done his test.

The 30 laps which Pedrosa managed to complete at the post Valencia race test was seen as sufficient from what HRC and Pedrosa wanted from the test.

Setting a time of 1.32.559 Pedrosa also gained feedback to improve the RC213V and won’t be back on his Honda till the early February test in 2013 again in Sepang.

Despite Pedrosa’s absence, Honda new boy Marc Marquez will be in Sepang to test the MotoGP machine, and the Moto2 World Champion will be accompanied by Gresini rider Alvaro Bautista and they are expected to be joined by Stefan Bradl who recently signed a new improved offer to receive factory support in 2013 on his LCR machine.

Stay in touch with GPxtra for all your news and times from the Sepang test.