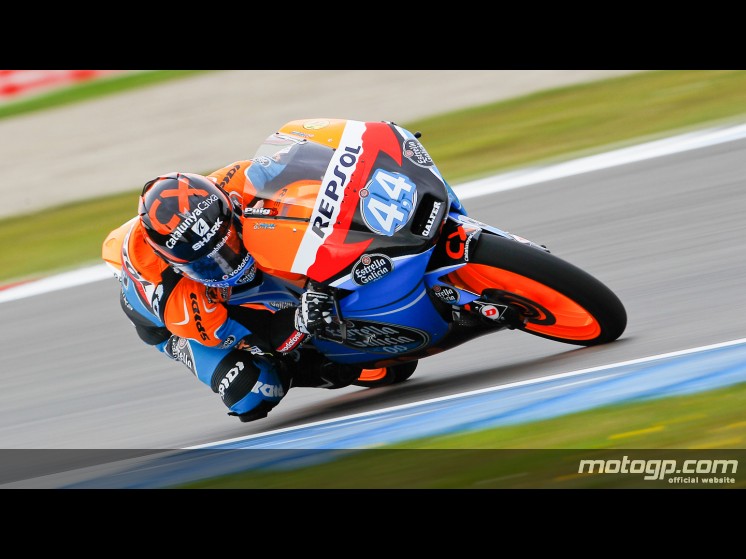 With the paddock having a well deserved rest before its season finale in a fortnights time, there is a little time of reflection. In this time of reflection here on GP Plus I will be discussing who I think is the most under-rated rider in each of the three GP classes.

Up first is the smallest of the three classes, the Moto3 category. The Moto3 category is a breeding ground for budding young riders. Many come as national champions or with a huge reputation, but lots of them also fail to make the cut.

My under-rated rider from the Moto3 class is Miguel Oliveira.

The 17 year old Portuguese rider was one of the riders who came into the class with a huge reputation, second in the Spanish to a certain Maverick Vinales in 2010. Miguel was beating Maverick regularly but was hampered by crashing too much. But it was evident that the speed was there.

Coming into the World Championship in 2011 there was big things expected of Miguel, unfortunately he never delivered. Top 10 finishes in three of the four races suggested he may be starting to find his feet in the world championship racing but a crash in Catalunya cause injury for Miguel who went on to miss the next two rounds.

He never captured the same form and split with his team before the end of the season means his 2011 was prematurely ended.

For the 2012 season he was paired up with 2011 Spanish Champion Alex Rins in Emilio Alzamora’s Suter Honda Estrella Galicia team.

This season Miguel still hasn’t demonstrated to the world exactly what he can do, but there are signs that he might be adding some maturity to his racing and is starting to get podiums. A inaugural podium in Catalunya was backed up by a career best second place in Phillip Island.

He has lost his ride for next season in Alzamora’s team and is being replaced by 2012 Spanish champion Alex Marquez, and as of yet doesn’t have to ride sorted.

Hopefully Miguel can get himself a new ride for 2013, as there have been signs that he has gotten over the crashing stage, that plagued all great riders. If he can add consistency and finish races, with the natural pace he has he can be a serious title challenger. With the huge sponsorship backing of Vodafone Miguel will be able to sort a ride OK for next season.

Again Miguel beat Vinales in races back in Spanish championship, since coming to world level I don’t know if it has been nerves, or if it has been machinery but he hasn’t lived up to the level we all know he can race at.

My underrated rider is capable of a level much above where he has been riding at since coming into the public eye. I predict that one day Miguel Oliveira will be a world champion.