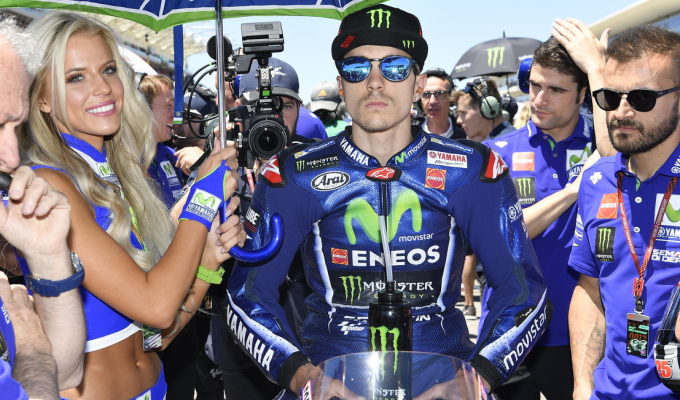 Maverick Viñales will be hoping to get over the disappoint of Austin a fortnight ago behind him as he arrives in Jerez ahead of this weekends Spanish Grand Prix.

After winning the opening two races of the season in Qatar and Argentina, last time out Viñales lost the front end of his Yamaha YZR-M1 in the early stages of the race at the Circuit of the Americas. With the crash and Valentino Rossi’s second place finish, the Spaniard relinquished the lead to the World Championship to his team-mate.

Despite the crash in America, Viñales said he was happy to walk away without any injuries and somewhat buoyed by the pace shown in the early stages before his crash.

“After the disappointing result in Austin I’m happy that I didn’t sustain any injuries,” said the 22-year-old.

“We also proved that we have the potential to fight for the victory at every race and this motivates me to arrive to Jerez even stronger than I was at the last GP.”

With Yamaha’s history at Jerez, Viñales is confident that he can get back to winning wins in front of his home crowd in Southern Spain.

“Jerez is a good track for Yamaha, they’ve always been very fast there, so I know that I can be as strong and fast in Jerez as I was in Austin and as I have been at all the tracks during the start of this season,” he said.

“We just should be focused, find a good set-up for the bike and push until the end of the race. I’m extra motivated for the next round.”