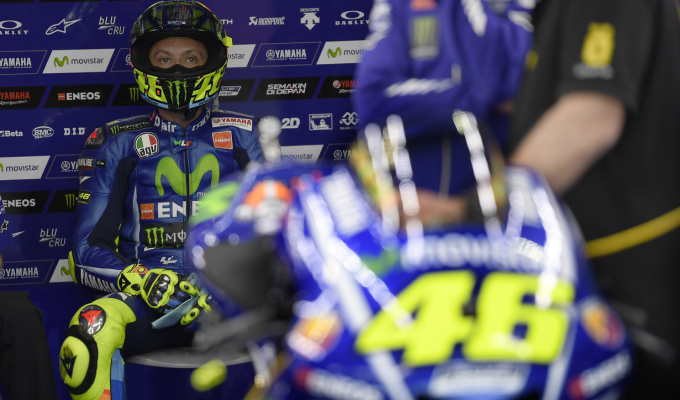 Valentino Rossi has said he arrives in Texas with a score to settle after last season where he made a mistake and crashed out of the race.

The Doctor has been a surprise in the opening stages of the 2017 season, after a tough pre-season, the Italian backed up his third place in Qatar with a second position finish in Argentina. His two podiums see him sat second in the MotoGP World Championships early phases 14 points behind his team-mate Maverick Viñales. Despite finishing behind Viñales in both of the opening races of the season, Rossi has struggled through the early phases of both weekends, delivering when it matters most on Sunday.

Although it doesn’t win any World Championship points, Rossi said that he would like to be more competitive from the free practice sessions when the action gets underway at the Circuit of the Americas this Friday.

“I’m happy to be in Texas. I really like Austin,” said the 38-year-old.  “The first two races of the season went well and I hope to improve the performance of the first days of free practice. We have much work to do, but I’m confident in my bike and in my team. Austin is a very difficult track and I love riding here.”

Rossi will be hoping that he can secure his first win of the season around a circuit he says he has a score to settle with after his crash during the opening stages of last seasons race, which was won by Marc Marquez.

“I have an account to settle with this track because last year in the warm-up I made a big step for a strong race but unfortunately I made a mistake. This year I want to try to have a good race. I also really like the atmosphere at the American circuit and I come to this place always very happily.”