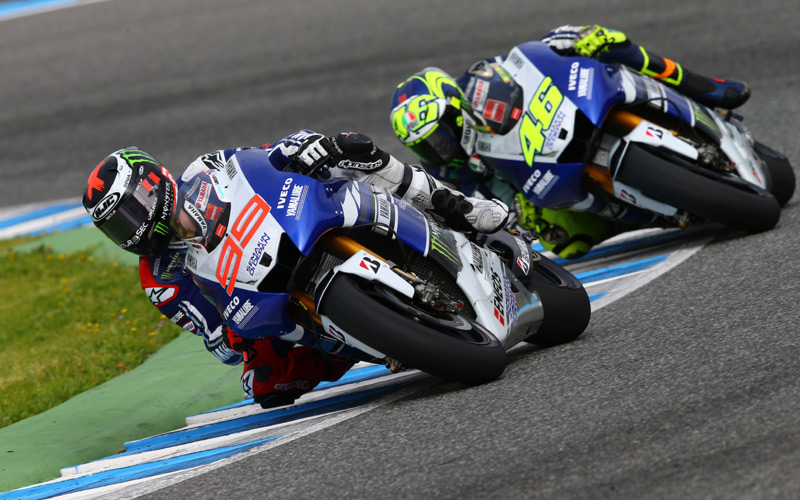 With the MotoGP world casting a keen eye over Barcelona next Monday to see how Suzuki fare on their eagerly anticipated return to a Grand Prix paddock, and Ducati publicly give Dovizioso and Hayden the ‘lab bike’ for the first time, Montmelo is where the action will be at.

With that in mind Yamaha (along with Honda) have decided not to test in Barcelona on Monday, and will instead head to Aragon for their testing days next week.

Yamaha will be on track Tuesday and Wednesday next week, and it is just the factory duo of Jorge Lorenzo and Valentino Rossi will be in action for Yamaha, but they won’t be testing the new seamless gearbox as many had anticipated, instead they will be just testing a new frame update, according to team director Massimo Meregalli.

Yamaha have been rumoured to be working on a seamless gear shifter, much like the one fitted to the Repsol Honda’s, and feel it is where Honda are making large chunks of time on them.

It is unclear whether Yamaha have put development of the seamless shifter on a back burner, or if they are still having problems developing.

There is a remote chance that Meregalli was throwing a ‘curve ball’ with limited personel around, it would be a perfect time to try new components out, but we won’t know until the team confirm it.