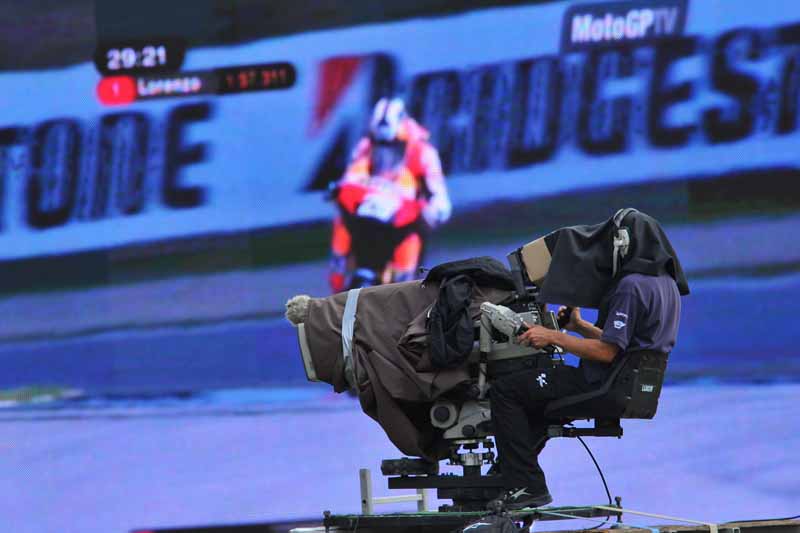 MotoGP has been confirmed as the latest sport lined up by BT vision.

The current deal with the BBC is due to expire at the end of the 2013 season, and BT have agreed a deal and signed up to show MotoGP from 2014 onwards.

The BBC has been showing MotoGP since 2008, when Dorna announced that Eurosport had lost the rights, and BBC had taken them over, with the reasoning behind it, to allow MotoGP to be on free-to-air TV.

A statement from 2008 said: “The decision is part of Dorna’s new strategy of working with national network broadcasters around Europe, always focusing first and foremost on free-to-air coverage to bring MotoGP to wider audiences.”

However it now appears that this has changed, and Dorna are willing to allow BT the rights to broadcast it.

BT have signed a deal worth up to £10m, for five years which is triple the amount of what the BBC offered.

It is believed that BT are hoping the use MotoGP as their answer to Sky’s extensive F1 coverage, and plan to replicate the extensive build up and analysis that goes into each broadcast, which will please some fans. BT intend on a more interactive broadcast, with more cameras and an option, much like there is on motogp.com, of riding with certain riders through the race.

All practice sessions, qualifying and races will be shown live on BT, and they intend on “showing off the most technologically advanced bikes, giving UK fans a whole new MotoGP viewing experience, immersing them in every aspect of the Championship.”

Moto2 and Moto3 will also be broadcast as part of the deal meaning the end of the BBC and Eurosports coverage.

There is also a school of thought that the BBC could be granted a highlights package, much like they get with the Formula1 and maybe the option to broadcast some races, such as the British GP, live – again like they have with the F1.

It comes on the back of a deal to show UFC on BT and selected Premier League football matches from August – having signed up some of the biggest stars in sport to help in adverts such as Alex Oxlade-Chamberlain and Owen Farrell.