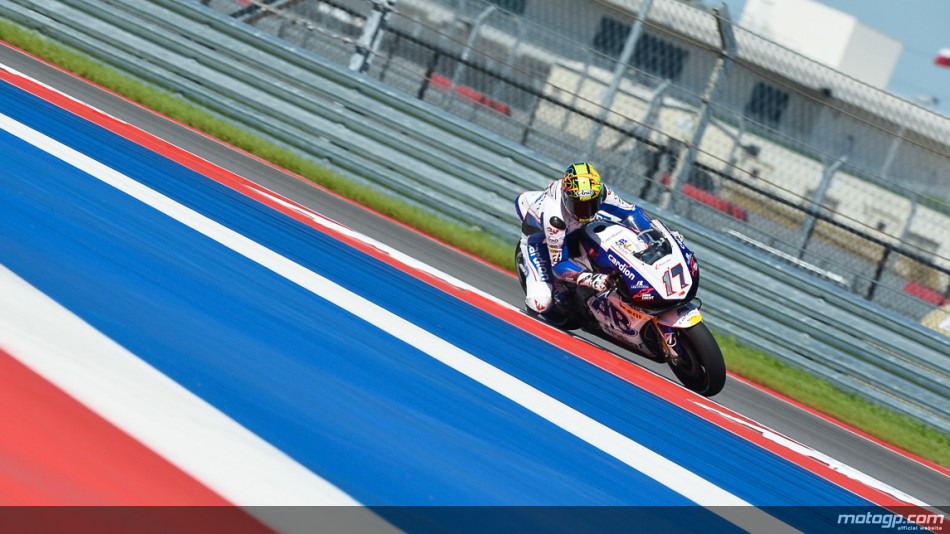 Czech rider Karel Abraham has been ruled out of Sunday’s inaugural Texas MotoGP due to a broken collar bone sustained during a crash in Q1.

The incident happened as Abraham grew impatient behind Australian CRT rider Bryan Staring, and the Czech made a lunge into turn 15, causing a collision between himself and Gresini CRT rider.
Abraham was taken to the Clinica Mobile and and a dislocation of the broken right collarbone was revealed. He was transfered to the Brackenridge University Hospital in downtown Austin where he underwent surgery to repair the bone.
Staring was left unhurt, but frustrated after the crash, and was critical of the 23 year old Czech.
Abraham’s injury is expected to take over a month ro recover, although the Czech rider will be hoping to be back on the grid in Jerez in just over a fortnight.