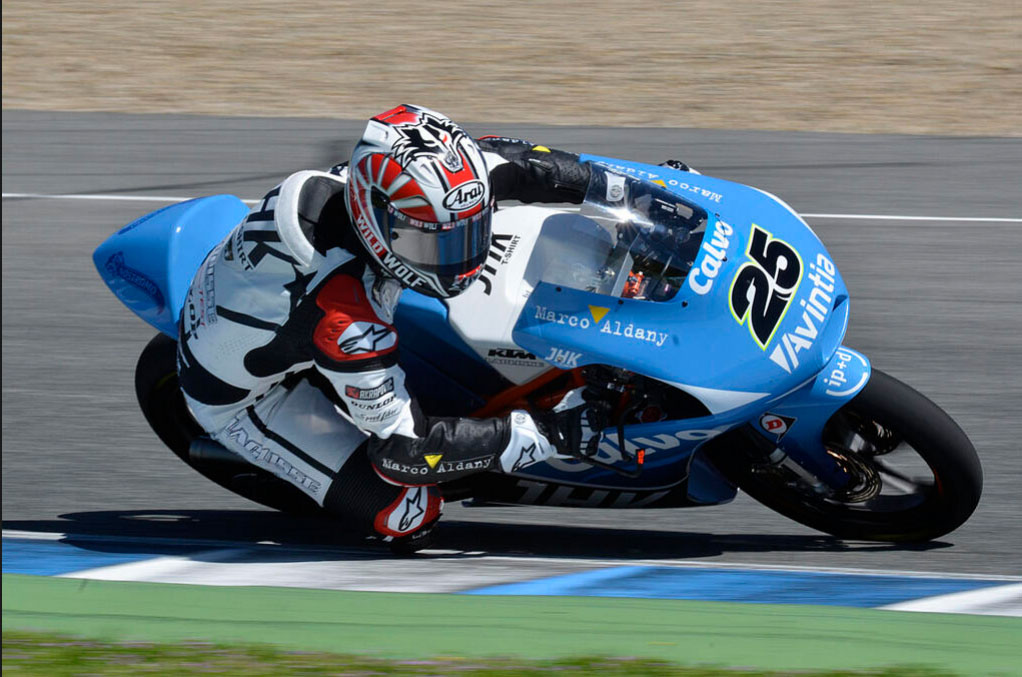 Calvo team manager Pablo Nieto has confirmed that this afternoon Maverick Viñales underwent surgery on the right ring finger he damaged yesterday during a testing fall in Jerez.

Viñales went straight to Barcelona yesterday after his crash in Jerez, and was operated on today, by Dr Xavier Mir, at approximately three this afternoon. Dr. Mir operated on the end of his ring finger.

Speaking to German media, Pablo Nieto said, “he will now undergo surgery (interview was conducted in the morning). Yesterday it still wasn’t clear whether surgery was necessary. But it is only a minor procedure, we expect that Maverick will be back in Qatar, and should be 100 per cent fit.”

Nieto was then asked on Viñales’ chances of taking part in the private KTM test on Sunday, running into Monday, but the team manager is more focused on a fully fit Viñales in Qatar.

“(could Viñales be at the private test) I think not. There’s only three days until then. It is better if he recovered for a few days. Then he should come to Qatar relaxed. That is our priority, the first race.”

When asked if Viñales was upset about the injury, Nieto simply said “No, he just wants to be ready for Qatar. And ensure that he is even faster, as soon as possible. It was a normal fall, the trouble was it simply that the hand was trapped under the bike. That was not so nice. But despite everything, he is very happy with the bike and with everything, even with KTM.”

This afternoon Nieto also tweeted that the operation was a success and Viñales should be fine come the season opener in Qatar in just two weeks time.

Viñales’ injury sounds like it was the same as Lorenzo’s from 2011 in Philip Island, although that ruled the then defending World Champion out of the final three races of the 2011 season, Viñales sounds lucky his isn’t that bad, although as lucky as you can be loosing the end of your finger.