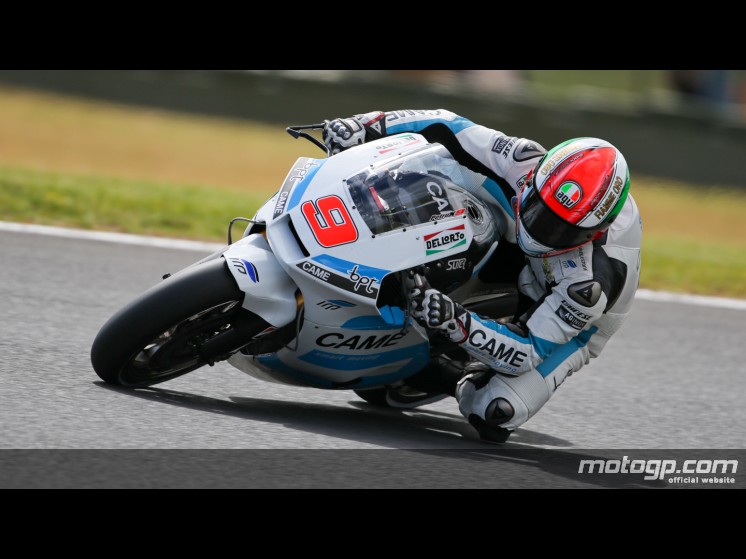 From 2014 a control spec ECU will be enforced for all CRT teams, but four of the CRT teams have decided to take the Magneti Marelli ECU a season early.

The four teams who have taken the option up early are NGM Forward Racing who will be fielding Colin Edwards and Claudio Corti, IODA racing with Danilo Petrucci and Lukas Pezek, Blusens Avintia pair Hiro Aoyama and Hector Barbera and Michael Laverty’s PBM team on the PBM-01.

That means all of the CRT bikes that aren’t the ART machines, with the exception of Bryan Staring on his Honda FTR, will be using the new ECU this season.

During a recent interview with Italian press Gazzetta dello Sport, MotoGP Director of Technology, Corrado Cecchinelli confirmed that the Magneti Marelli ECU that costs between 50,000 to 100,000 euros, but will be supplied free of change from Dorna.

As part of the ECU package the teams will also get an engine and chassis control unit with inboard datalogger, as well as relevant tuning and data analysis tools, dashboard, handlebar toggle switch and inertial platform.

In the same interview Cecchinelli said that he believes that the spec ECU is “already better than what Ducati and Yamaha have, and in 2014 and there will be a derivative of this version.”

Whether the new ECU increased the quality and competitiveness of the CRT bikes remains the be seen, but we will get a better idea once they hit the track in Sepang in just under a month.