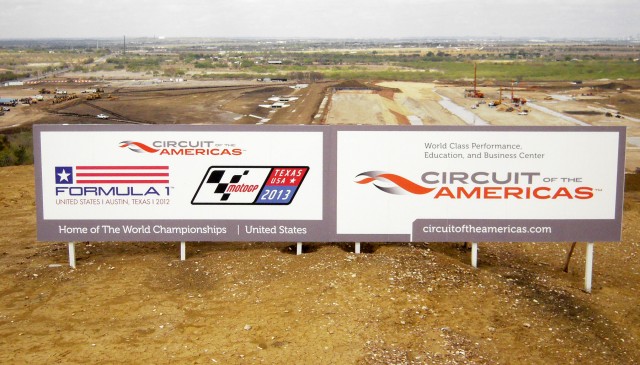 Ben Spies has spoken about his new home circuit, the Circuit of the Americas in Texas.

The COA is based in Austin, and will be a real home race for the Texan.

Currently sidelined with a shoulder injury Spies has been speaking to Cyclenews about the new circuit.

“The track is awesome. It’s quite technical. I mean, it’s a bit one line, even though it’s real wide and stuff like that, but it’s going to be a fun track. Besides the two straightaways you’re never really going straight. You’re either turning or it’s got so many fast chicanes or double apexes or triple apexes, a lot of breaking and turning. I mean, you’re very rarely going straight and that’s honestly what surprised me the most was the track layout. I couldn’t believe it. It’s not a bad thing, but man, they’ve got some crazy stuff and different style corners, but really, really fun looking.

But you know, it does look a bit one line, but because it’s so wide of a track there’s definitely going to be quite a bit of passing opportunities. It’s going to throw some curveballs at everybody. I don’t think we’ve seen the track quite like this before, just with what it has in three and a half miles… the different things it’s going to throw at you.”

“It looks like a wall out of the last corner,” said the 2009 SBK champion.

Spies is also impressed with the whole track and facilities. “They did a great job with the runoff. There’s huge amounts of runoff, but there’s also huge amounts of paved runoff and then gravel. So I mean, for motorcycle racing it might not be your favorite layout or something, you’re always gonna have special tracks or something like that, but looking t the garages, looking at everything the track has and looking at the track and looking at the runoff and how smooth it looks and how wide it is, you can’t really ask for more.

“For sure in America…there’s nothing that comes close to it. And to be in Texas and see the support from the fans that came to the F1 race and I really think we’re going to see a very good crowd for MotoGP. I think it’s going to be a very good thing, a very good thing for motorcycle racing in general.”

As well as the on track facilities  Spies was incredibly impressed with the organisation and handling of traffic during the F1 race.