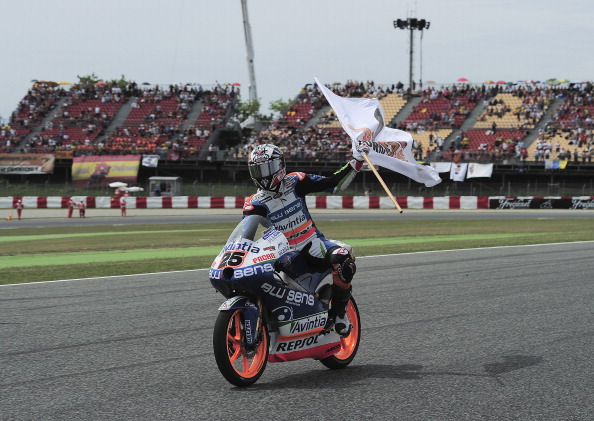 Maverick Viñales will be performing a stunning U-turn and will be in Australia to take part in the Phillip Island Grand Prix this weekend.
Viñales sensationally walked out on his Bluesens Avintia Moto3 squad last week in Malaysia Friday morning. He declared his team as “second rate” and was upset with the lack of support which he had received. Despite lying second in the championship with five race wins to his name.

But this news won’t be a surprise to many people in the paddock who thought that Viñales’ decision to walk away who always thought that it was an empty threat with far too many complications to get away with.

Today Viñales issued a statement, “Firstly I would like to publicly give my sincerely apologies to those that were harmed or affected by my behavior in Sepang.” Said Maverick.He continued “I’m here to come forward, ask for forgiveness and take responsibility for my mistakes. I have returned to continue fighting with my Blusens Avintia team for the runner-up spot in the championship. There are many people who deserve it. Sponsors, technicians and the fans.”
More appologies to sponsors was followed with “I return with the aim to finish the season and regain second place in the overall standings, and for that, I will focus solely on sporting issues and work with my technicians to find the best set-up of the bike.”

Whilst undoubtedly a statement put together for him, it will all go to helping build bridges that were burnt one week ago in Sepang. Whilst there was no explanations as to what was the actual cause of this dispute, nor any details of whether he has returned for the rest of his contract or just to the end of the season, but more details will be revealed on Thursday when Viñales is due to hold a press conference.