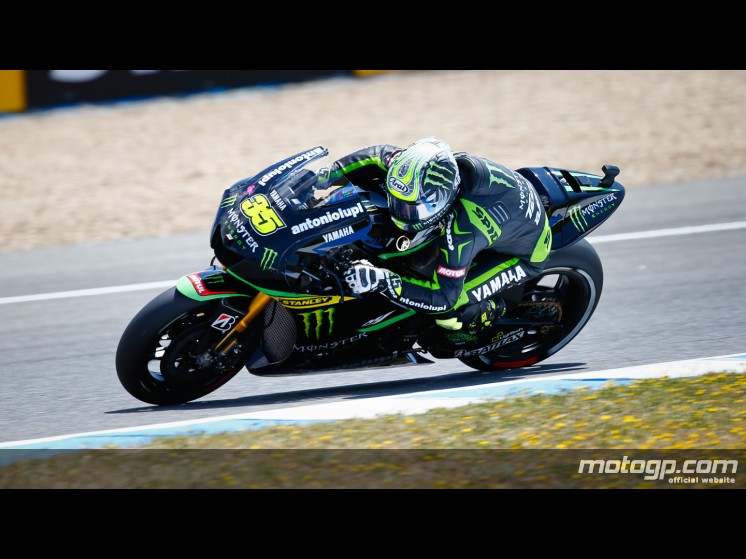 Cal Crutchlow is hoping that next season is the season he finally gets his hands on an illusive factory MotoGP prototype machine.

Crutchlow, who is currently having his best season in MotoGP, with two podiums already this season, is entering the final year of his contract with the Yamaha Tech3 team, and the Brit isn’t going to take his next offer without careful consideration.

“As for my own future, whether I’ll be with Ducati, Yamaha or Honda is yet to be decided,” said Crutchlow in his BBC Sport blog.

“We’re in negotiations with them all and hopefully in the next couple of weeks we will know what we’re doing.

“At the moment, my career seems to be on the up and I’m getting closer to the guys at the front and starting to challenge for wins. I don’t want to take a step back, so the next thing is to be in a factory team, but it has to be the one with the right machinery.”

Crutchlow has also expressed his dissapointment that Suzuki won’t be returning till 2015. The Brit had been rumoured to be at the top of Brivio’s wishlist, a chance Crutchlow would’ve undoubtedly jumped at.

“It’s a big disappointment for the championship, as it would have been nice to have another factory on the grid.”

There had been some rumours that Crutchlow could even end up in the factory Yamaha team, replacing Valentino Rossi. Rumours suggest Rossi will give careful consideration to his career if he continues as he is currently going, but Crutchlow isn’t even considering the chances of Rossi quitting just yet.

“If I do stay and Yamaha also bring in Pol Espargaro, then what will they do with Bradley Smith? It’s not fair on Bradley to have to give up his two-year deal. He’s not doing a bad job at the moment…the Tech 3 project for him was also for two years, so why should it be taken away from him?”