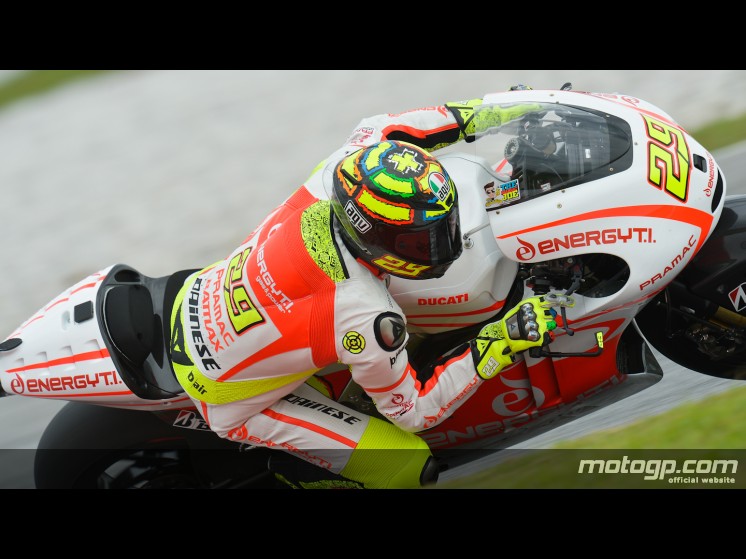 Despite the fact it was a private test, some rumors have filtered out, like that Iannone did 65 laps on the first day, as did test rider Michele Pirro. And that they’ve done a shakedown on ‘new parts’ and electronics for the Desmosedici GP13.

The new parts that were tested are expected to be taken to Sepang for the second pre-season official test that takes place at the end of the month, for other Ducati riders, Andrea Dovizioso, Nicky Hayden and Ben Spies can give their feedback. Rumours are also suggesting that Pirro will be also be in Malaysia with them.

Despite some details being reveled no times were announced from the test in Jerez.